Do you notice your eyes getting blurry or feeling burny and dry especially with long hours on a computer? You may have Dry Eye Syndrome. While you are on a computer, try looking away for twenty seconds every twenty minutes and blink firmly several times. This will pump out more tears and relax your eyes to keep you more comfortable. There are many more treatment options available so schedule an appointment today so we can help you get the relief you deserve.

This includes itchy eyes, red eyes, blurry vision, and in some cases, an uncontrollable desire to rub your eyes. Since the eye comes into direct contact with the air it is not uncommon for the first and most significant allergy symptoms to occur in the eye. In order to relieve troublesome allergy symptoms, first of all don’t rub your eyes. Rubbing your eyes will rupture mast cells in the eye membranes. Mast cells contain histamine so the rubbing will tend to increase your itchiness rather than decrease it.

Second, holding cold compresses on your closed eyes several times per day will help to reduce the inflammation which causes much of your allergy related discomfort.

Third, using over-the-counter lubricating eyedrops such a Systane Ultra can help rinse off a lot of the allergens on your eyes, and frequently washing your face and hair will reduce the amount of allergens near your eyes as well.

Lastly, keeping the bedroom free of allergens such as pet dander, dust and pollen can help your body recover overnight. So using air purifiers and keeping your pets out of the bedroom can be helpful. If you would benefit from medical treatment of your eye allergies talk to an eye doctor. For more eye related information please check out the rest of our website.

Have you heard the terms “dominant eye” and “ocular dominance” but aren’t sure what they mean or how you perform a dominant eye test? Here are the basics…

Dominant Eye — What Is It?

Your dominant eye is the one that provides a slightly greater degree of input to the visual part of your brain and more accurately relays information about the location of objects.

In most cases, the term “dominant eye” is used when describing the normal visual condition where the two eyes function well as a team and have relatively equal visual acuity, and one eye is simply the “leading” or preferred eye.

But sometimes, “dominant eye” is used to describe the normally sighted and functioning eye in dysfunctional cases of amblyopia and strabismus.

Here’s a simple dominant eye test to determine which eye is your preferred eye:

Both of these dominant eye tests are categorized as “sighting” tests, since they involve aligning a visual target with a makeshift sighting device (mimicking the “sight” on the barrel of a rifle).

Right-handed people are likely to be right-eye dominant. But it is impossible to predict eye dominance based on handedness alone.

Some studies have shown that sighting dominant eye tests, though simple to perform and generally accurate, can be affected by handedness (see below) and other non-visual factors.

In these tests, the subject keeps both eyes open, and visual stimuli are presented to each eye separately with the use of special optical devices. And this is the limitation of non-sighting dominant eye tests — the equipment and expertise required to perform them typically are found only in specialized vision clinics or research facilities.

In most cases, simple sighting eye tests like those described above will accurately identify your dominant eye.

Though eye dominance and handedness (being right-handed or left-handed) are not directly related, these traits are significantly associated.

Population studies show that about 90 percent of people are right-handed and about 67 percent are right-eye dominant.

Although research has shown that the odds of a person who is right-handed being right-eye dominant are high — approximately 2.5 times greater than the odds of that person being left-eye dominant — it is impossible to predict eye dominance based on handedness alone.

No Dominant Eye: Is It Possible?

Is it possible to not have a dominant eye? Perhaps, but it would be uncommon.

Knowing which eye is dominant is useful in photography and in sports like baseball and golf.

Some people may perform a sighting dominant eye test and find that the visual target is not perfectly aligned with the triangular opening between their hands or with their thumb (depending on which type of sighting test they perform) with either eye.

There is a spectrum of degree of eye dominance among individuals. (The same is true for handedness.) In other words, some people may have one eye that is very dominant, while others may have less of a difference in the dominance of their two eyes.

To some degree, however, eye dominance is hardwired in our brain.

Within the visual cortex (the part of the brain that processes visual information) are stripes of nerve cells (neurons) called dominant eye columns. These bands of neurons seem to respond preferentially to input from one eye or the other and are important to the development of binocular vision.

But researchers also believe there are some overlap and plasticity in these dominant eye columns — suggesting eye dominance can be variable, alternating and perhaps incomplete in some individuals.

So what’s the practical importance of performing a dominant eye test?

Knowing which eye is your dominant eye can help you perform better in a variety of activities. Here are just a few common examples:

If you are right-handed but your dominant eye is your left eye, this cross-dominance can pose challenges for shooting accuracy.

Dominant eye in shooting. Having trouble hitting moving targets with your rifle? It could be that you have crossed dominance — meaning, your dominant eye and dominant hand are on opposite sides of your body.

For example, if you are a right-handed (and therefore right-shouldered) shooter but have a dominant left eye, you may find yourself shooting behind a left-to-right moving target and in front of a right-to-left moving target. Being aware of this will let you make the correct adjustments to improve your shooting accuracy.

Another option to compensate for cross-dominance is to keep both eyes open until just before you take your shot. Keeping both eyes open enables you to use 100 percent of your peripheral vision and depth perception to get ready for the shot. Closing your cross-dominant left eye just before the shot lets you make the last-second adjustment to better align the barrel of your rifle with the moving target.

Dominant eye in photography. Knowing which eye is your dominant eye is important when composing a photograph by looking through the viewfinder of a digital single lens reflex (DSLR) camera or similar film camera.

Dominant eye in sports. If (like most people) you’re right-handed and have a dominant right eye, certain sports will require you to position your head properly to take full advantage of your dominant eye.

For example, in baseball or softball, you need to turn your head enough when batting so your dominant right eye can clearly see the rotation, speed and position of the approaching pitch. The same is true for cricket.

Another example is golf. Proper alignment of putts (and even fairway shots and drives) requires adequate head turns to fully use your dominant right eye to visualize the shot you’re about to take and accurately position your body and club head to achieve it.

If you are serious about sports and are looking for guidance on how to best use your eyes to enhance sports performance, consider visiting an eye doctor who specializes in sports vision.

This article explains the “blue light” that everyone has been talking about, and how you can protect your eyes from it!

65% of us spend three to nine hours a day on digital devices. Even children ages 8 to 18 spend 7 ½ hours a day using a computer, watching TV, playing video games or using some other digital device, according to a New York Times Article.

What does regular use of digital technology mean to eyes?

Well, it can all be summed up in the blink of an eye. Literally. When we blink, it is our body’s way to naturally clean the ocular surface of debris, and to protect our eyes. It is also when fresh tears and the necessary protective oils are spread over the surface of our eyes, making up a stable tear film. A stable tear film is necessary for protecting our eyes and keeping them comfortable.

The rise of technology and use of digital devices is having a profound effect on our eyes, with nearly 70% of US adults experiencing eye strain when using digital devices1. When we spend hours a day looking closely at digital screens, our blink rate slows and, in many cases, blinking becomes limited. Thus, our eyes are not naturally cleansed as often as needed, and the regular replenishment of tears and oils necessary for healthy vision is significantly limited. Additionally, other visual conditions or wearing contacts can potentially dry out our eyes, causing significant discomfort or eye strain.

We should all be aware of the increased susceptibility to eye disease and damage that can arise from staring at screens. This is not just with adults, but with children as well. Since nearly everything we do today revolves around the use of digital devices, and we have no doubt become an obsessive digital society, we are blinking less and visual problems are on the rise, most notably Dry Eye Disease. But, what most do not know is that the leading cause of Dry Eye Disease is called Meibomian Gland Dysfunction (MGD), and digital use is exacerbating its prevalence in adults, and children as well.

Remember, a healthy blink rate ensures that debris is cleared from our eye surface. When we blink less, that means that debris can collect along our eye lids and block the openings of the tiny Meibomian glands in our lids. This can be largely resolved with regular lid cleaning and care.

What is more alarming, however, is that less blinking also means that the oil glands (Meibomian glands) in the eyelids do not function properly. Over time, due to decreased function, the oil hardens within the glands and they can cease to function altogether.

Ask Your Eye Care Professional to Check for MGD

Whether you are using your smart phone regularly, or spending hours in front of a computer screen, TV, or tablet, you’re squinting more and blinking less. This can seriously impair your visual comfort in ways that could have long-term impact and potentially cause lasting damage. Ask your eye doctor about how you can protect your eyes from Dry Eye symptoms and MGD. Not sure if your eye care professional specializes in Dry Eye and MGD? Find a doctor.

Stay tuned as we follow up with tips on how to protect your eyes. Not on our email list? Sign up with your email address below to stay informed about Dry Eye and MGD. 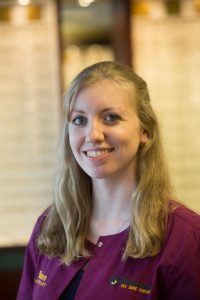 Voted for by our staff, Karen is our first Employee of the Month for 2018!

Karen is our front desk assistant and has been working in our office for nearly one year. Signing patients in and out, answering phone calls, handling payments, placing orders for contact lenses, and greeting you with a smile are just a few of the things you can find her doing throughout the day. She also helps the opticians by retrieving patients’ glasses prescriptions and insurance information. Her organization and positive attitude help the whole office to run smoothly. We love having her here!

We are very excited to announce…. 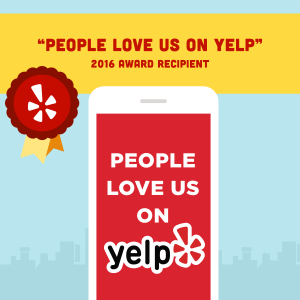 Thank you all so much!

Here is a great article on the benefits of it!

Check out our VIRTUAL Frame Gallery & try on some frames!